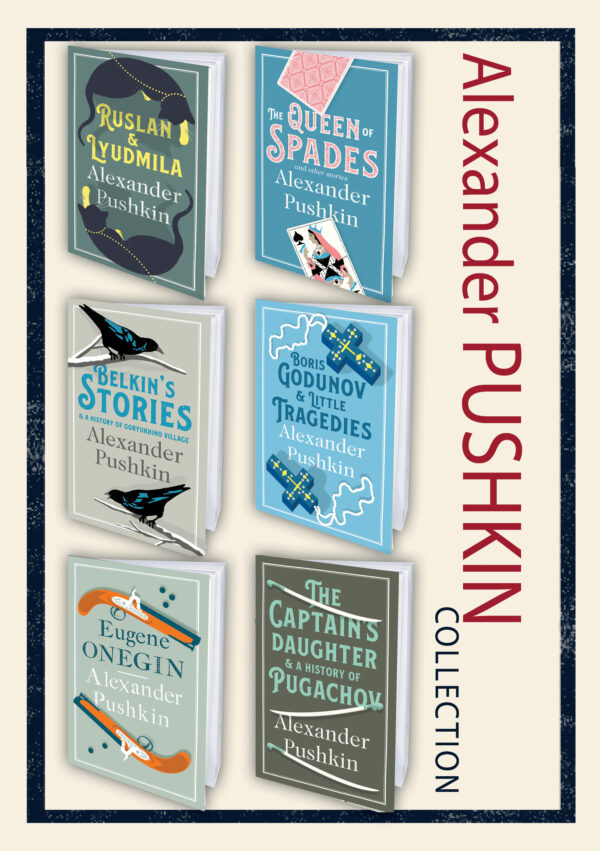 A unique collection to include six masterpieces by Alexander Pushkin:

Belkin’s Stories and A History of Goryukhino Village

Set during the Pugachov rebellion against Catherine the Great, The Captain’s Daughter was Pushkin’s only completed novel and remains one of his most popular works. This volume also contains another work by Pushkin on the same theme, A History of Pugachov

This collection of Pushkin’s stories begins with ‘The Queen of Spades’, perhaps the most celebrated short story in Russian literature. It includes also other stories which, together, they represent some of the most striking and enduring pieces of Pushkin’s prose fiction.

The basis for Glinka’s famous opera of the same name, Ruslan and Lyudmila – Pushkin’s second longest poetical work – is a dramatic and ingenious retelling of Russian folklore, full of humour and irony.