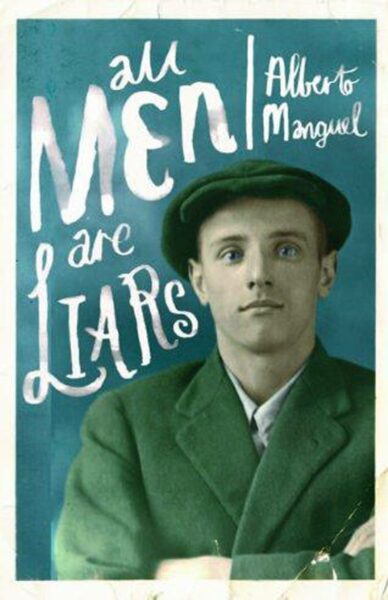 All Men Are Liars

Where can you find truth in a world that is so thoroughly ruled by lies? That is the question tackled by the investigation of a French journalist who endeavours to shed light on the enigma of an unexplained death: that of the Argentinian writer Alejandro Bevilacqua, found lying on the pavement underneath his balcony in Madrid in the mid-1970s. The few accounts of those who knew him – which include those of his last lover, a former fellow prison inmate, a sworn enemy and even the author Alberto Manguel himself – are contradictory and unreliable. Poor devil with a troubled childhood, literary genius and irresistible seducer, ordinary man masquerading as hero, pure and simple impostor – these are but a few facets of a mysterious figure in this tribute to falsehood. Between the lines, the reader must discover the only worthwhile truth: the fascinating homage Alberto Manguel pays to literature and its shape-shifting creations, which give infinite expressions to the objects of our desires.

Born in Buenos Aires in 1948, Alberto Manguel is a Canadian Argentine-born writer, translator and editor. He is the author of numerous non-fiction books such as The Dictionary of Imaginary Places (co-written with Gianni Guadalupi in 1980) and A History of Reading (1996) The Library at Night (2007) and Homer’s Iliad and Odyssey: A Biography (2008), and novels such as News from a Foreign Country Came (1991), for which he won the McKitterick Prize.