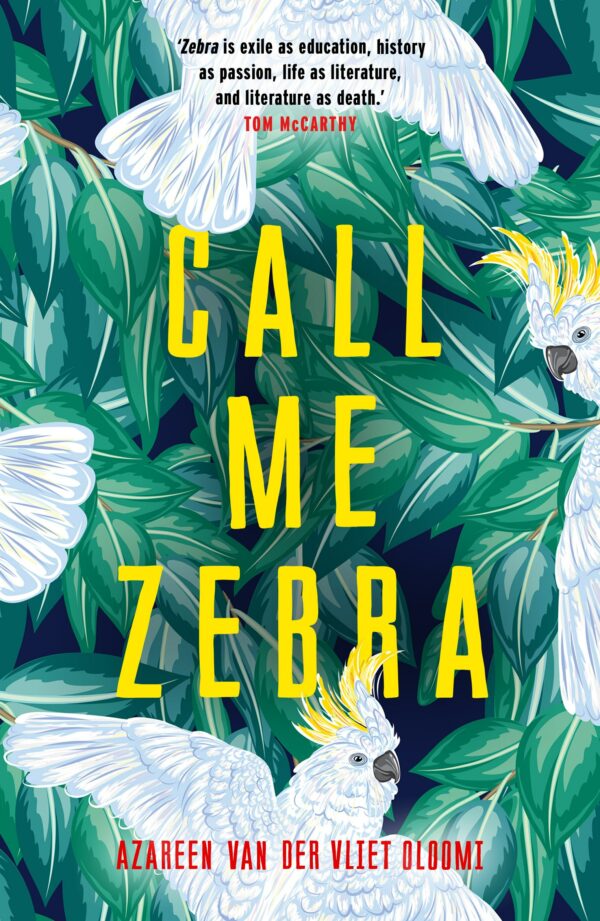 Winner of The 2019 PEN/Faulkner Award for Fiction

After the death of her father, an exiled Iranian man of letters, the bookish twenty-two-year-old Zebra finds herself alone in New York and decides to retrace the steps of her traumatic flight with her family from their homeland in the 1990s, hoping that in the process she will be inspired to write a major manifesto on literature. Her first stop is Barcelona, where she meets the Italian Ludo, who becomes her lover, intellectual sparring partner and travelling companion in her picaresque meanderings around Catalonia.

A natural-born raconteur, Zebra takes the reader on an irresistible journey through her thoughts, as she conceives elaborate theories about art and is increasingly convinced that her mother has been reincarnated as a cockatoo. Sparkling with wit and mischief and brimming with imaginative vignettes and unconventional musings, Call Me Zebra is a riotous, erudite, unpredictable novel about literature, lust and dislocation.

Read an interview with the author here.

Azareen reads from Call Me Zebra

Azareen in interview with her Alma editor

Azareen Van der Vliet Oloomi is the author of the novels Fra Keeler and Call Me Zebra, and an Assistant Professor in the M.F.A. Program in Creative Writing at the University of Notre Dame. She is the winner of a 2015 Whiting Writers’ Award, a National Book Foundation “5 Under 35” honoree, and the recipient of a Fulbright Fellowship, as well as residency fellowships from MacDowell and Ledig House. Her work has appeared in the Paris Review, Guernica, Granta, BOMB, and elsewhere. She has lived in New York, Los Angeles, Tehran, Dubai, Valencia, Barcelona, and currently splits her time between South Bend, Indiana and Florence, Italy. 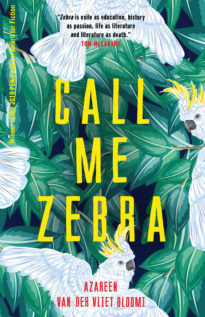