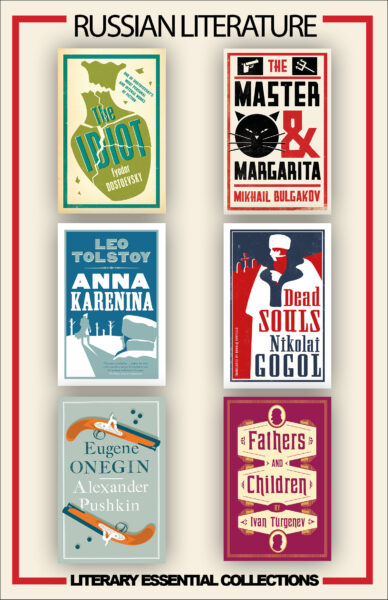 This collection includes six masterpieces from Russian literature, all presented in new translations:

The Master and Margarita by Mikhail Bulgakov

Both a satirical romp and a daring analysis of the nature of good and evil, innocence and guilt, The Master and Margarita is the crowning achievement of one of the greatest Russian writers of the twentieth century

The Idiot by Fyodor Dostoevsky

Acclaimed by critics and readers alike, Anna Karenina presents a poignant blend of realism and lyricism that makes it one of the most perfect, enduring novels of all time.

Fathers and Children by Ivan Turgenev

Turgenev’s masterpiece investigates the growing nihilist movement of mid-nineteenth-century Russia – a theme which was to influence Dostoevsky and many other European writers – in a universal and often hilarious story of generational conflict and the clash between the old and the new.