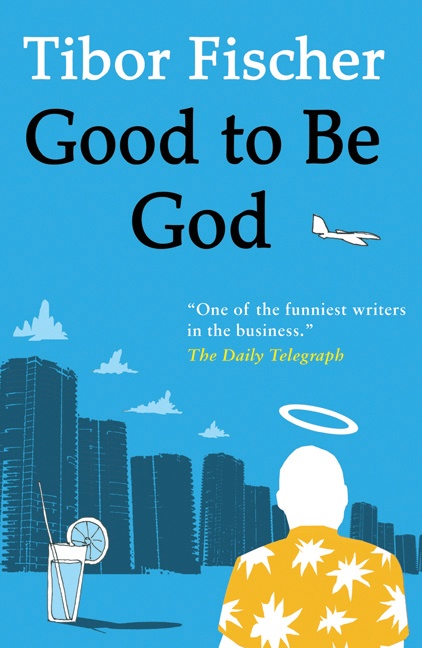 Good To Be God

Using a friend’s credit card and identity, Tyndale Corbett arrives in Miami to discover the joys of luxury hotels and above all the delight of being someone else, someone successful. Feeling his previous failure might be due to insufficient ambition, Tyndale decides on a new money-making scheme. He will up the ante exponentially, and pretend to be someone really important and successful: God.

His mission to convince the citizenry of Miami that he is, despite appearances, the Supreme Being results in him taking over the Church of the Heavily Armed Christ. His duties there involve him in forming a private army, hiring call girls, trafficking coke, issuing death threats, beating off church-jackers and sorting out (as almightily as possible) various problems his parishioners are having with pets. All the while he is working on his grand project, the clincher miracle: dying and coming back to life…

Tibor Fischer was born in Stockport of Hungarian parents. Brought up in South London, he was educated at Cambridge and worked as a journalist. He was shortlisted for the Booker Prize for his first novel, Under the Frog, which also won a Betty Trask Award, and he was nominated as one of Granta’s Best of Young British Novelists. Subsequent works include The Thought Gang, The Collector Collector, Don’t Read this Book if You’re Stupid and Voyage to the End of the Room.