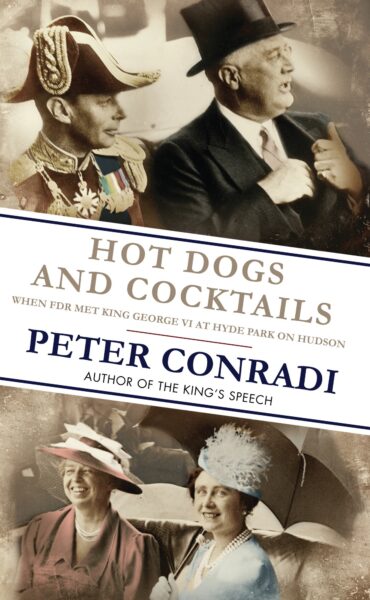 In June 1939, King George VI and Queen Elizabeth were the guests of Franklin D. Roosevelt at his country estate in Hyde Park, New York State. The meeting, coming at a time when Britain desperately needed American help in the looming conflict with Germany, was front-page news on both sides of the Atlantic and imbued with huge political significance.

The royal visit – which culminated in the picnic the President hosted for his guests in the grounds of his home – saw the King sipping cocktails and sampling that most “democratic” of foods, the humble hot dog, to the fascination of American newspapers. In his new book, Peter Conradi recreates the backdrop to this event, analysing its political context, the media’s reaction and the colourful personal life of its protagonists. The result is a lively and riveting account of a defining moment in recent world history.

Peter Conradi is an author and journalist. He works for the Sunday Times and is the co-author of The King’s Speech: How One Man Saved the British Monarchy.