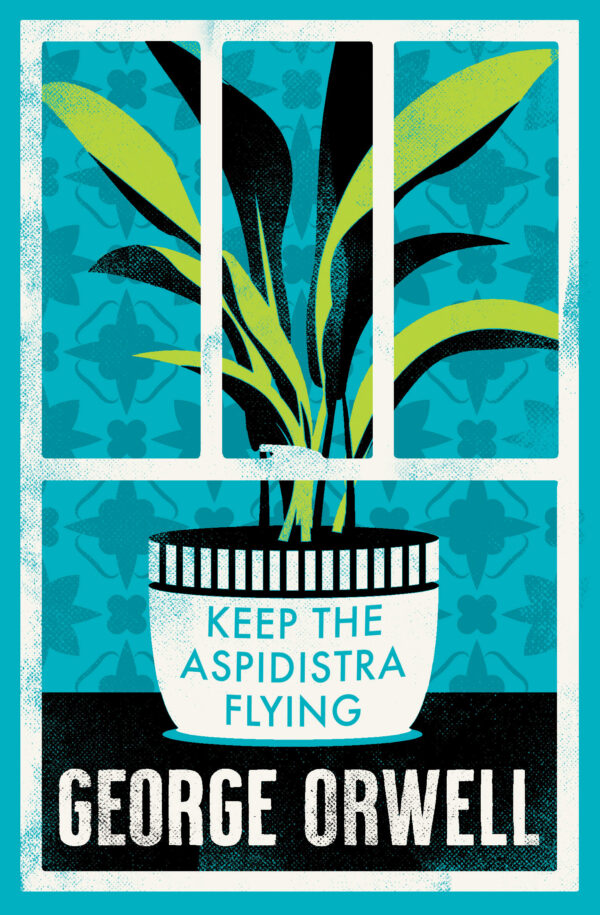 This book has not yet been published. It will be released on 26th August 2021. If you order it before this date, we will send it out as soon as copies are available.

Despite hailing from a comfortable family background, budding poet Gordon Comstock decides to declare war on money and all the middle-class trappings that wealth can buy. Working in a small bookshop and living in a bedsit in London, he dreams of completing an ambitious poem in rhyme royal and devote his entire life to literature. But when poverty begins to damage his own self-esteem and taint his worldview, and his romantic and professional lives start falling apart, will Gordon be able to uphold his anti-money principles or will he succumb to the lure of lucre and everything he used to stand against?

First published in 1936, Keep the Aspidistra Flying was the author’s third novel, and arguably his most outspoken work of social criticism. Partly autobiographical, it sits alongside Animal Farm and Nineteen Eighty-Four as a reminder of Orwell’s lucid narrative style and his abilities as a politically and socially engaged writer.

This edition is enriched by an extensive critical apparatus, notes and extra reading material, as well as a selection of photographs.