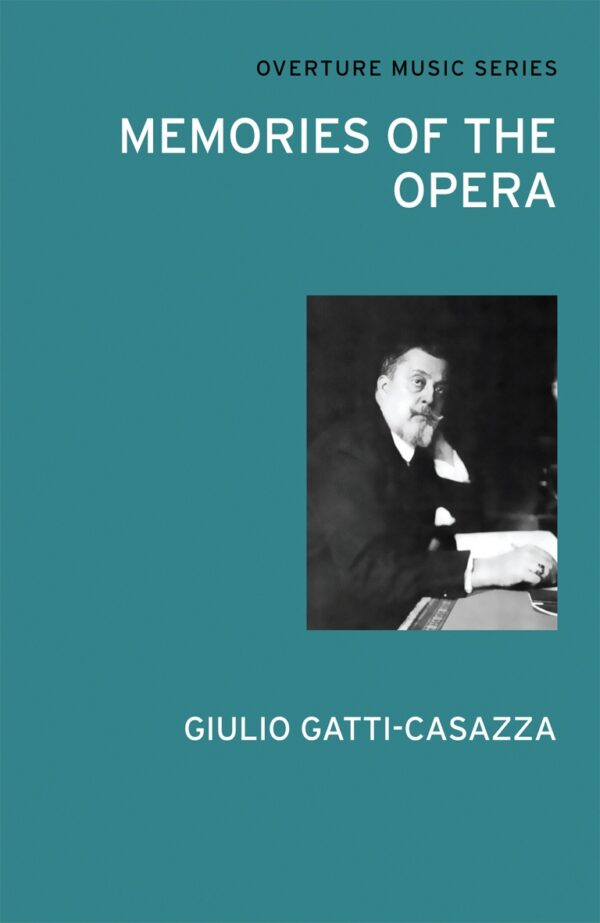 Memories of the Opera

In these vivid and anecdotal memoirs, Giulio Gatti-Casazza, one of the twentieth century’s most successful impresarios, tells of his long reign in two of the world’s most famous opera houses: a decade at La Scala in Milan, followed by twenty-seven years at the Metropolitan Opera in New York. With an inimitable tone, Gatti relates an astonishing wealth of history, including an impressive cast of personal friends numbering Verdi, Puccini, Debussy and many more.

Gatti’s memoirs are totally unimpeded either by time or by their sheer content, recollecting in extraordinary detail his earliest musical experiences that led to a lifelong inspiration. Most remarkable is Gatti’s never-failing self-awareness, always appreciative of his role in cultural history, but never boastful of his talents. He commits his memories of opera’s golden age to paper, he says, only for posterity – and they serve posterity well.

Giulio Gatti-Casazza (1869–1940) was an Italian opera manager. He was general manager of La Scala in Milan, and later the Metropolitan Opera in New York City.