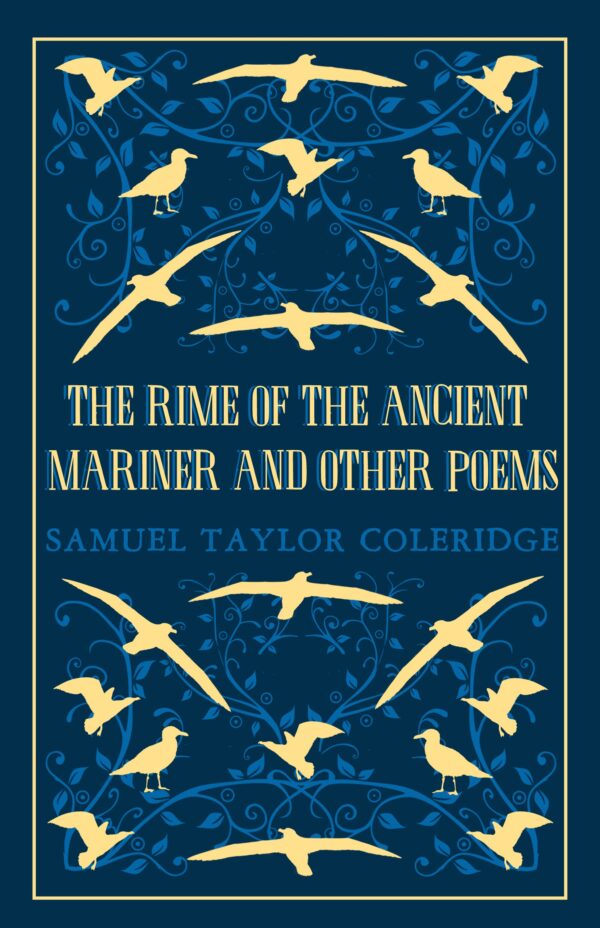 The Rime of the Ancient Mariner and Other Poems

Described by his friend Charles Lamb as “an archangel slightly damaged”, Coleridge was deemed a towering genius by many of his contemporaries, and one who, in conversation, had no equal. Fascinated by, among other subjects, psychology, philosophy and chemistry, his mind roamed extravagantly and without restraint, leading Hazlitt to opine that “there is no subject on which he has not touched, none on which he has rested”. Yet, while this literary itinerancy left some to lament his refusal to devote himself to verse, Coleridge remains one of English literature’s most enduringly popular poets.

From sonnets and ballads to elegies and intimate blank verse, this collection brings together poetry written throughout Coleridge’s life, particularly his prolific early years, which saw the composition of poems such as ‘Christabel’, ‘The Eolian Harp’ and ‘Frost at Midnight’. This volume also includes ‘The Rime of the Ancient Mariner’, one of the most popular poems ever written in the English language, and ‘Kubla Khan’, which highlight Coleridge’s gift for suffusing his strange, haunting and captivating verse with unsurpassed musical and rhythmic qualities.

Contains: ‘Genevieve’, ‘Epitaph on an Infant’, ‘Monody on the Death of Chatterton’, ‘Sonnet: To the River Otter’, ‘Songs of the Pixies’, ‘To a Young Ass’, ‘Sonnets on Eminent Characters’, ‘Religious Musings’, ‘To an Infant’, ‘Lines Written at Shurton Bars’, ‘The Eolian Harp’, ‘Reflections on Having Left a Place of Retirement’, ‘To the Rev. George Coleridge’, ‘This Lime-Tree Bower My Prison’, ‘The Foster-Mother’s Tale’, ‘The Wanderings of Cain’, ‘The Rime of the Ancient Mariner’, ‘Christabel’, ‘Frost at Midnight’, ‘France. An Ode’, ‘Fears in Solitude’, ‘The Nightingale’, ‘Kubla Khan: Or, A Vision in a Dream’, ‘Recantation’, ‘Lines Written in the Album at Elbingerode’, ‘Love’, ‘Apologia Pro Vita Sua’, ‘Inscription for a Fountain on a Heath’, ‘Ode to Tranquillity’, ‘Dejection: An Ode’, ‘Hymn Before Sunrise, in the Vale of Chamonix’, ‘Answer to a Child’s Question’, ‘The Knight’s Tomb’, ‘The Pains of Sleep’, ‘What Is Life?’, ‘Constancy to an Ideal Object’, ‘Time, Real and Imaginary’, ‘To William Wordsworth’, ‘A Tombless Epitaph’, ‘The Visionary Hope’, ‘Limbo’, ‘Ne Plus Ultra’, ‘Fancy in Nubibus’, ‘Youth and Age’, ‘Work without Hope’, ‘Lines Suggested by the Last Words of Berengarius’, ‘Duty Surviving Self-Love’, ‘Alice Du Clos’, ‘Love’s Apparition and Evanishment’ and ‘Epitaph’

One of the great figures of the Romantic age, Samuel Taylor Coleridge (1772–1834) is known both for his poetry and prose, and for producing with William Wordsworth Lyrical Ballads, a work which revolutionized English poetry. Plagued by debts and laudanum addiction, he left many pieces unfinished, yet his extraordinary influence was felt in literary figures as diverse as Wordsworth, Mary Shelley and Ralph Waldo Emerson.