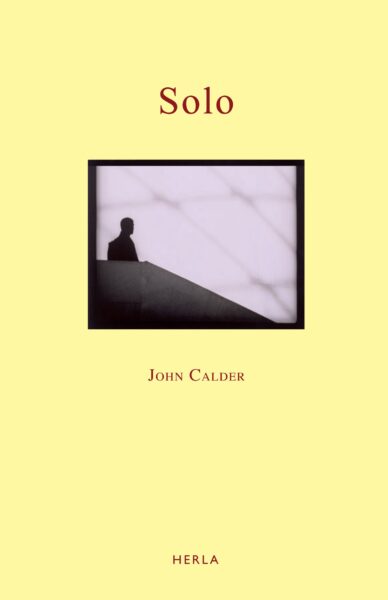 Because of its immediacy and spontaneity, poetry inevitably reflects the author more than any autobiography can do. John Calder’s new poetry collection, Solo, avoids strict poetic forms in favour of a casual and natural expression of thought. Honest in its pessimism, the tone is often questioning, and some of the biggest issues, such as politics and war, are not shirked.

As with his memoirs, Pursuit, his critical writing and his sixty-year career as a publisher, John Calder has tried to give a full picture of the eight decades he has lived through, the ever-changing world and the realities of human existence.