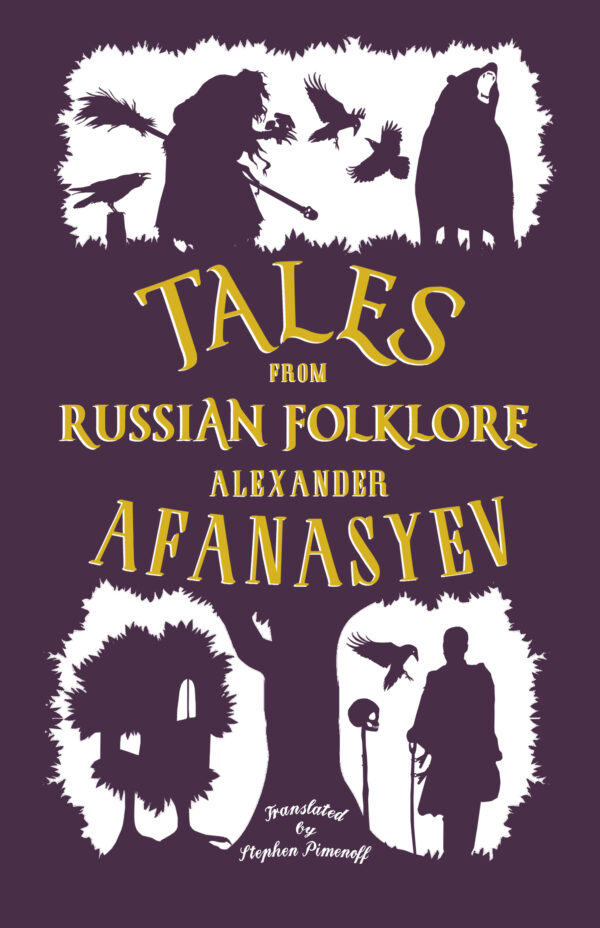 Towards the middle of the nineteenth century, following the example of the Brothers Grimm in Germany, Alexander Afanasyev embarked on the ambitious task of sifting through the huge repository of tales from Russian folklore and selecting the very best from written and oral sources. The result, an eight-volume collection comprising around 600 stories, is one of the most influential and enduringly popular books in Russian literature. This large selection from Afanasyev’s work, presented in a new translation by Stephen Pimenoff, will give English readers the opportunity to discover one of the founding texts of the European folkloristic tradition.

Displaying a vast array of unforgettable characters, such as the Baba-Yaga, Ivan the Fool, Vasilisa the Fair and the Firebird, these tales – by turns adventurous, comical and downright madcap – will enchant readers for their raw beauty and constant ability to surprise and excite.

Alexander Afanasyev (1826–71) was a Russian Slavist and ethnographer. He is best remembered today for his monumental Tales from Russian Folklore, one of the largest collections of folk tales in the world.