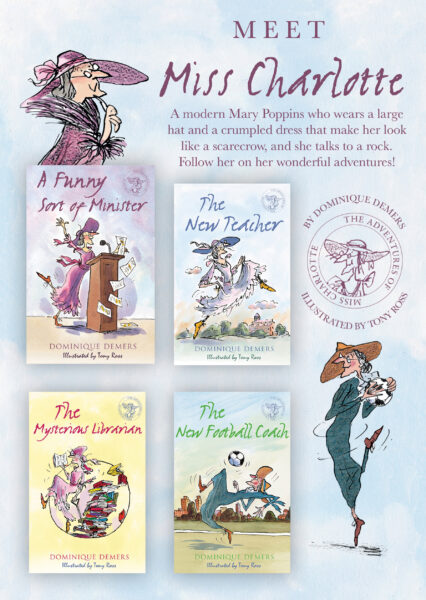 The Adventures of Mademoiselle Charlotte

Meet Miss Charlotte… a modern Mary Poppins who wears a large hat and a crumpled dress that maker her look like a scarecrow, and she talks to a rock! Follow her on her wonderful adventures

Book I: The New Teacher – Illustrated by Tony Ross

Mademoiselle Charlotte, the new teacher, is not like the others: she wears a large hat and a crumpled dress that make her look like a scarecrow, and she talks to a rock. The children think she is crazy at first, but soon realize she makes school more fun than ever, getting them to measure the room with cooked spaghetti in maths class, telling fascinating stories about a gorilla and even taking the pupils on at football.

The first book in Dominique Demers’s popular Adventure of Miss Charlotte series, The New Teacher, brilliantly illustrated by Tony Ross, is an entertaining, imaginative and inspiring book that will make you wish you had a teacher just like Mademoiselle Charlotte.

When the mysterious and eccentric Miss Charlotte arrives in the village of Saint-Anatole to take over the tiny library, the locals are surprised to find out that she does things differently. Wearing a long blue dress and a giant hat, she takes her books out for a walk in a wheelbarrow and shows the children that reading can be fun and useful. Sometimes she is so caught up in the magic of the stories she shares with her audience that she forgets all sense of reality – so much so that one day she loses consciousness and the children must find a way to bring her back.

The second in Dominique Demers’s popular Adventures of Miss Charlotte series, The Mysterious Librarian, brilliantly illustrated by Tony Ross, is a wonderful story about the magical and inspiring power of books.

Miss Charlotte – the new coach of a children’s football team – has some odd methods to prepare them for the big match, including talking to the ball and drinking a special potion, smalalamiam. Also, she teaches them how to lose! And to have fun. Incredibly, it seems to work – but will their hopes of victory be dashed when their star player decides to join the other team?

The latest instalment in Dominique Demers’s popular Adventures of Miss Charlotte series, The New Football Coach, brilliantly illustrated by Tony Ross, is a marvellous tale about believing in yourself and beating the odds.

At a train station on her way to meet her friends Marie and Leo to recover her pet rock, Madame Charlotte accidentally picks up the Prime Minister’s elephant-hide bag instead of her own. As it contains important documents and the politician is due to make an important speech on children’s education, Miss Charlotte – hoping that she might get a ministerial job out of this – embarks on a quest to track him down.

You can now read an interview with the author

A former professor and journalist in her native Canada, Dominique Demers is the successful author of over fifty books for children, young adults and adults. 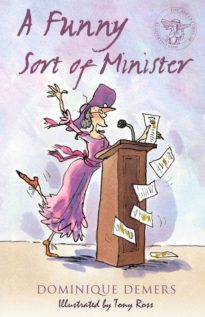 A Funny Sort of Minister (The Adventures of Mademoiselle Charlotte series) 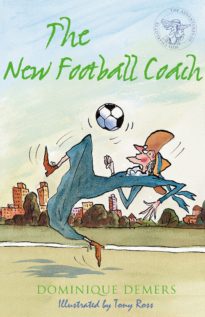 The New Football Coach (The Adventures of Mademoiselle Charlotte series) 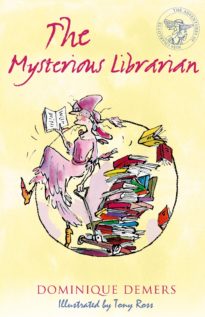 The Mysterious Librarian (The Adventures of Mademoiselle Charlotte series) 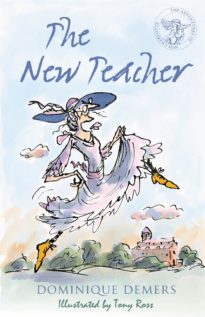 The New Teacher (The Adventures of Mademoiselle Charlotte series)