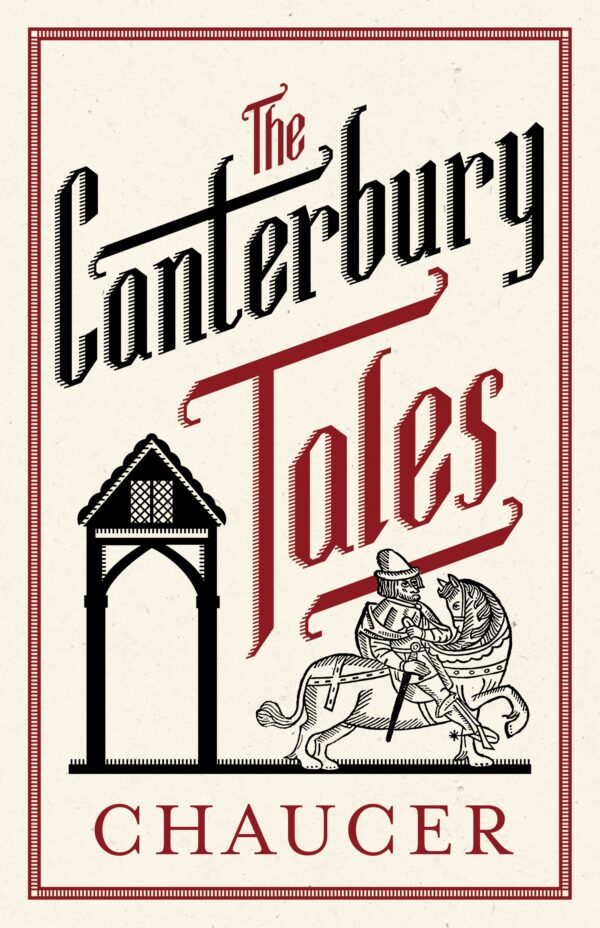 “And specially from every shires ende
Of Engelond to Caunterbury they wende,
The hooly blisful martir for to seke,
That hem hath holpen whan that they were seeke.”

Assembling at the Tabard Inn in Southwark, a group of pilgrims begin their journey to Canterbury Cathedral. To entertain themselves on the long road, their host suggests that they regale each other with stories, with the teller of the best tale set to earn a free supper.

The pilgrims correspond to all sections of medieval society, from the crusading knight to the drunken cook, and their tales span a range of genres, including the comic ribaldry and deception of ‘The Miller’s Tale’ and the story of chivalry and courtly romance told by the Franklin. Unfinished at the time of his death, The Canterbury Tales is widely regarded as Chaucer’s masterpiece and one of the greatest and most influential works in English literature.

Considered the father of English literature, Geoffrey Chaucer (c.1340–1400) led a fascinating life that included being imprisoned and ransomed in France and embarking on a host of diplomatic missions that took him across Europe and exposed him to new literary influences. Best known for Troilus and Criseyde and The Canterbury Tales, Geoffrey Chaucer was the first poet to be buried in Westminster Abbey.