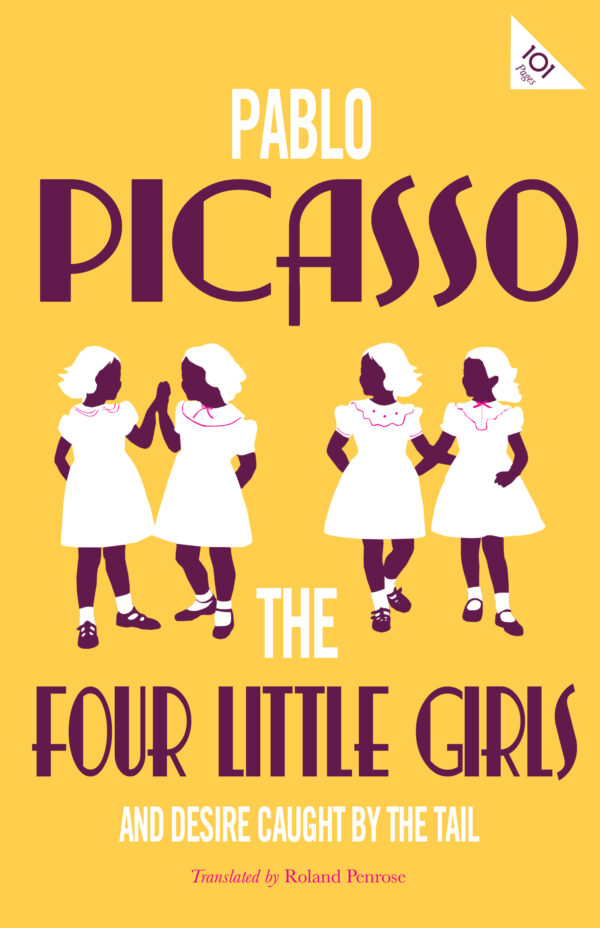 The Four Little Girls and Desire Caught by the Tail

In the 1940s, Picasso wrote two plays in French: the first, Desire Caught by the Tail, was conceived during the German occupation of Paris and features a cast of grotesque allegorical characters such as the Onion, Silence or Fat Anxiety discussing the crucial wartime themes of hunger, cold and love; the second, The Four Little Girls, came about a few years after the end of the war on the French Riviera, and presents the stream-of-consciousness thoughts of four unnamed girls in a vegetable garden, revealing an unexpectedly evil aspect of childhood.

These surreal compositions, which were meant to be read aloud rather than formally staged, are a testament to the great artist’s imaginative powers, and have been considered as forerunners to the theatre of the absurd of the 1950s, as exemplified by Beckett, Ionesco and Adamov. This volume also contains the accompanying illustrations by Picasso himself.

Born in Malaga, Pablo Picasso (1881–1973) spent most of his career in France, where he became a pivotal figure in the Cubist and Surrealist movements. He is now considered one of the most influential artists of the twentieth century.