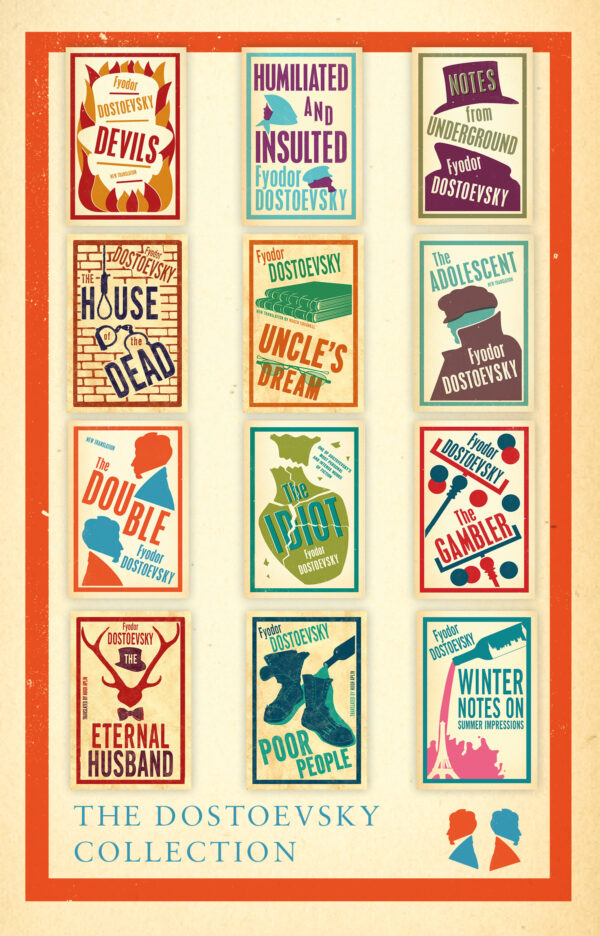 All books in the collection are new translations and contain extra material on Dostoevsky’s life and works, notes on the text and a select bibliography.

The Fyodor Dostoevsky Collection include:

Seen as Dostoevsky’s most powerful indictment of man’s propensity to violence, this darkly humorous work, shot through with grotesque comedy, is presented here in Roger Cockrell’s masterful new translation.

Notes from the Underground

Seen by many as the first existentialist novel and showcasing the best of Dostoevsky’s dry humour, Notes from Underground was a pivotal moment in the development of modern literature and has inspired countless novelists, thinkers and film-makers.

Introducing the first in a long line of underground characters, Poor People, Dostoevsky’s first full-length work of fiction, is a poignant, tragicomic tale which foreshadows the greatness of his later novels.

Presented in a new translation by Roger Cockrell, Uncle’s Dream shares very little of that novel’s gloomy tone and contains many elements of a light, drawing-room farce