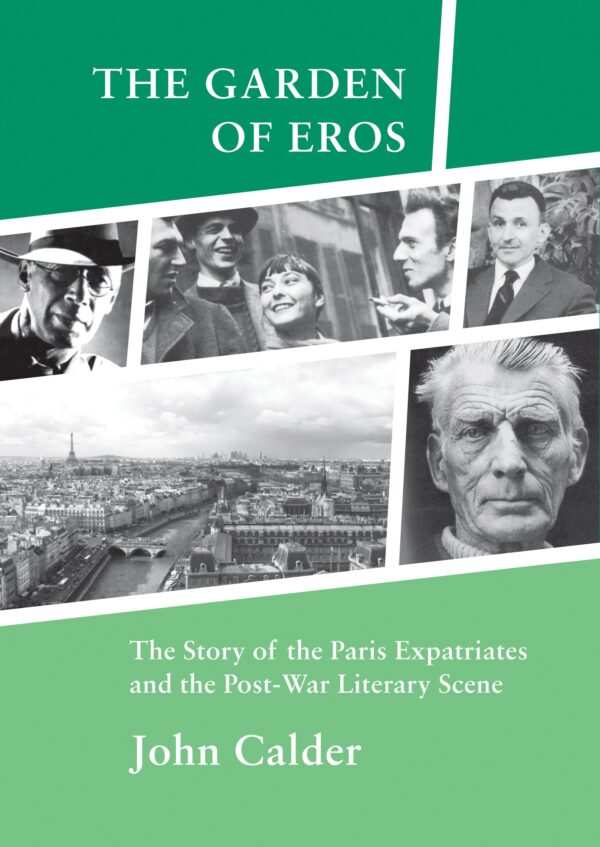 The Garden of Eros brings to life some of last century’s leading cultural figures, who shaped our modern thinking and defined the tastes of an entire generation, changing for ever the way we look at literature and the world around us. Drawing from the accounts of two fellow publishers – Maurice Girodias and Barney Rosset, who were also active in the heady days of 1950s and 1960s Paris, London and New York – and from his own personal recollections, John Calder talks about the challenges of being a publisher in that era of censorship and political persecution and the problems faced by such writers as Beckett, Burroughs, Trocchi and Miller to have their work accepted and recognized.

Told in John Calder’s trademark raconteur style and peppered with salacious, revealing and entertaining anecdotes, The Garden of Eros will appeal both to the general reader and anyone who is interested in the social and cultural history of the twentieth century.