HOME > Alma Classics > The Grey Parrot and Other Stories 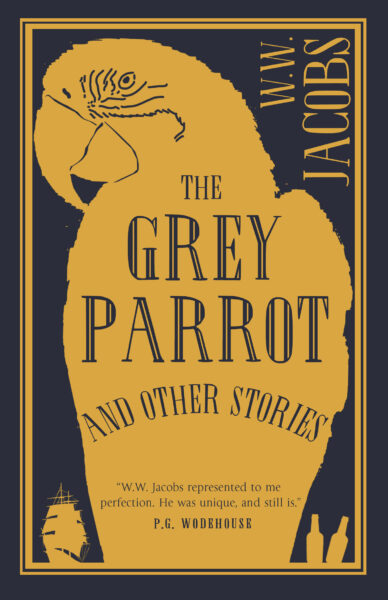 The Grey Parrot and Other Stories

W.W. Jacobs delighted in finding unlikely humour in everyday situations and observations, and these tales succeed in raising a laugh from the most mundane of scenarios. In ‘The Grey Parrot’, a sailor buys a parrot for his wife, whom he suspects isn’t faithful in his absence, hoping that the bird will inadvertently repeat anything untoward it hears. Unfortunately for him, the parrot exceeds his expectations, and it’s not only his wife who is left blushing.

This volume contains a careful selection of the very best stories from Jacobs’s 150-strong repertory, and includes well-known standalone pieces such as ‘The Monkey’s Paw’, as well as accounts of raucous dockside dalliances and tightly woven tales of poacher Bob Petty’s crimes against the unlikely cast of an Essex village. Showcasing a unique assortment of stories spanning his writing career, this edition hopes to shine a light on a hugely talented writer who inspired many of the literary giants we now consider masters of the genre.

William Wymark Jacobs (1863–1943) was a prolific short-story writer. Known for his trademark wit – even in the horror story ‘The Monkey’s Paw’, for which he is best known – Jacobs set most of his stories in the docks of East London, where he lived from a young age, as well as in Essex, where he moved in his middle age.