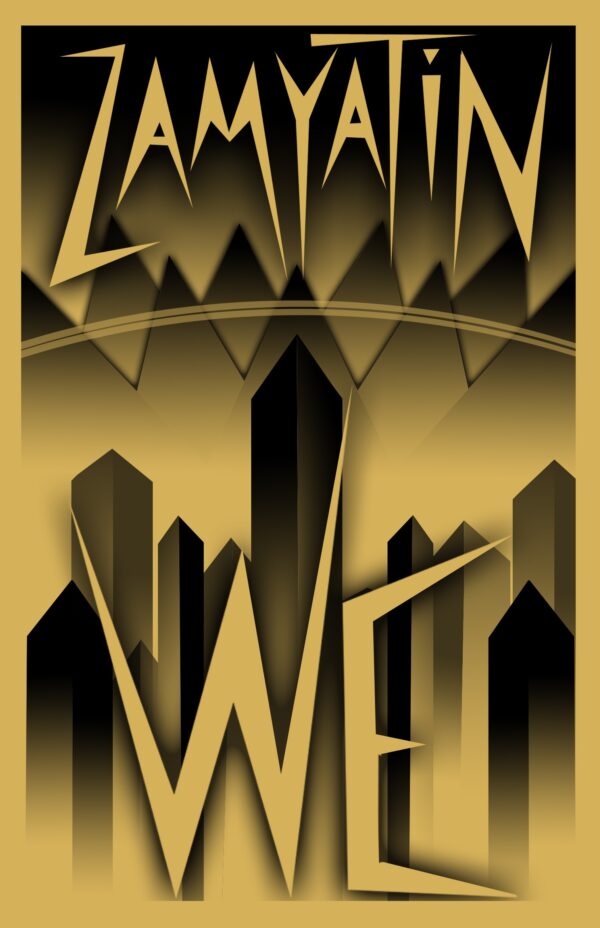 We takes place in a distant future, where humans are forced to submit their wills to the requirements of the state, under the rule of the all-powerful Benefactor, and dreams are regarded as a sign of mental illness. In a city of straight lines, protected by green walls and a glass dome, a spaceship is being built in order to spearhead the conquest of new planets. Its chief engineer, a man called D-503, keeps a journal of his life and activities: to his mathematical mind everything seems to make sense and proceed as it should, until a chance encounter with a woman threatens to shatter the very foundations of the world he lives in.

Written in a highly charged, direct and concise style, Zamyatin’s 1921 seminal novel – here presented in Hugh Aplin’s crisp translation – is not only an indictment of the Soviet Russia of his time and a precursor of the works of Orwell and the dystopian genre, but also a prefiguration of much of twentieth-century history and a harbinger of the ominous future that may still lay ahead of us.

Yevgeny Zamyatin (1884–1937) was a Russian novelist and journalist who worked as an engineer in England before becoming a writer in his homeland. His satirical and critical works earned him the displeasure of the Soviet regime and he spent the last few years of his life in exile in Paris.