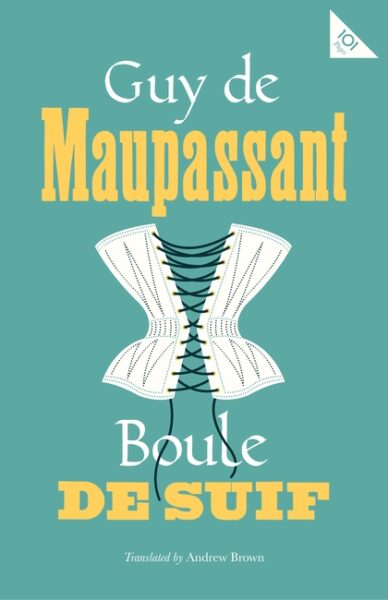 A carriage transporting ten passengers fleeing from Rouen is stopped at a village inn by Prussian soldiers, who decide to detain them until one of their party, the prostitute Boule de Suif, consents to sleep with their officer. When Boule de Suif refuses to do so on account of her principles and patriotic sentiments, the solidarity initially manifested by her fellow travellers becomes increasingly tested as the deadlock continues, and the strained relationship between her and her “respectable” counterparts gradually worsens.

A scathing satire of bourgeois prejudice and hypocrisy and a compelling snapshot of France during the 1870 Franco-Prussian War, ‘Boule de Suif’ – here presented with five other major stories by the author of Bel-Ami – was declared a masterpiece by Flaubert and is widely considered to be Maupassant’s finest short story.

One of the leading figures of the French Naturalist movement, Guy de Maupassant (1850–93), while also celebrated for his novels, is considered one of the finest ever writers of short stories.