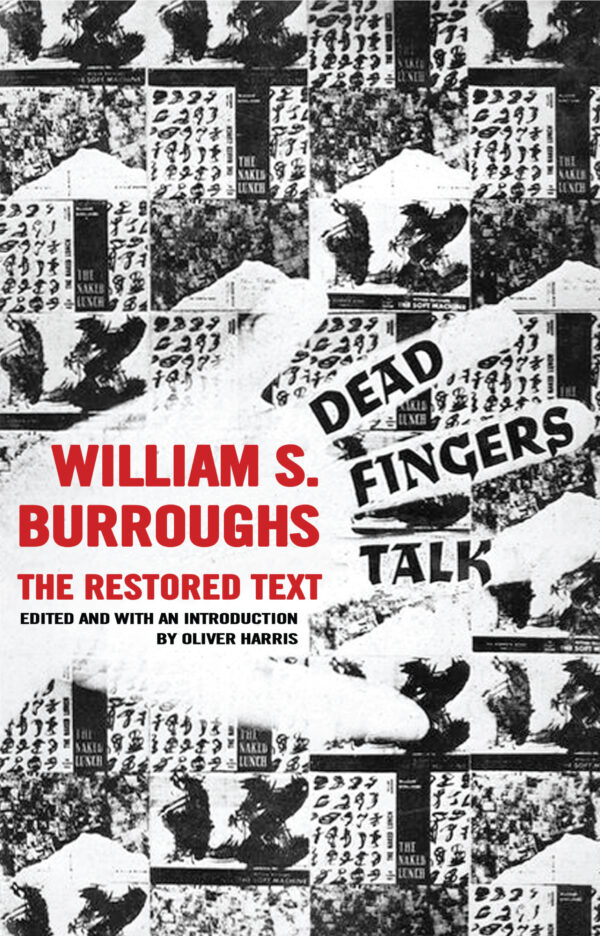 Edited and with an Introduction by Oliver Harris, Professor of American Literature, Keele University

First published in 1963 and representing Burroughs’s literary breakthrough in the UK, Dead Fingers Talk is, in the words of Burroughs scholar Oliver Harris, “a prophetic work of haunting power,” a unique experiment in writing that has for too long been overlooked. Combining new material with rearranged selections from Naked Lunch and his cut-up novels The Soft Machine and The Ticket That Exploded, the book is a fascinating precursor to remix and mash-up forms in art and music, which owe much to Burroughs’s influence.

This newly restored edition of Dead Fingers Talk, based on the novel’s archival manuscripts, will delight all Burroughs fans and lovers of experimental literature, and offer a new insight into the artistic process of one of the most original and influential writers of the twentieth century.