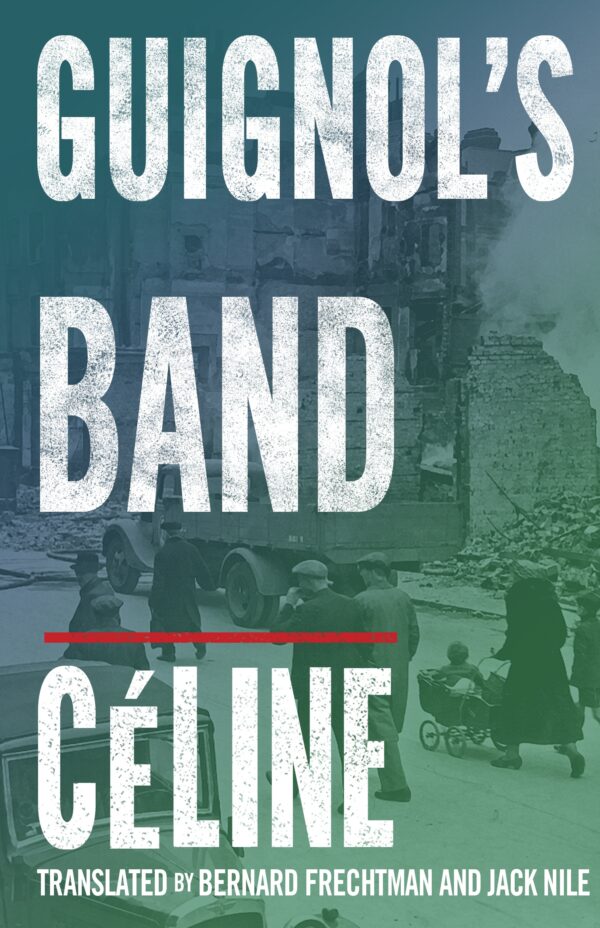 Céline’s third novel, first published in 1944 but dealing with events taking place during the First World War, Guignol’s Band follows the narrator’s meanderings through London after he has been demobilized due to a war injury. The result is a frank, uncompromising, yet grotesquely funny portrayal of the English capital’s seedy underworld, peopled by prostitutes, pimps and schemers.