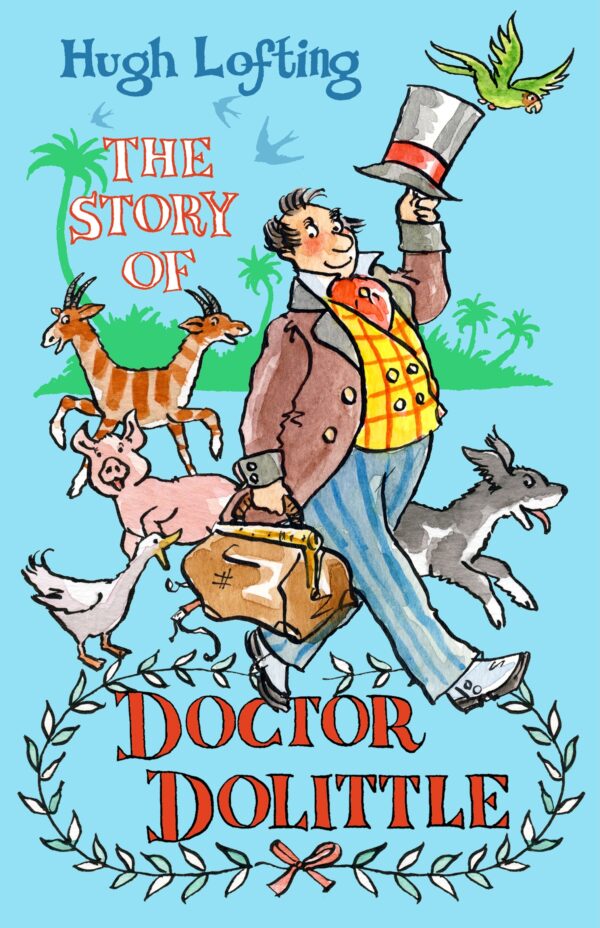 The Story of Dr Dolittle

“After a while, with the parrot’s help, the Doctor got to learn the language of the animals so well that he could talk to them himself and understand everything they said.”

John Dolittle is a highly respected doctor in the village of Puddleby-on-the-Marsh, yet he loves animals so much that his house is soon full of them. With all his patients scared away, and the expense of feeding his menagerie mounting, a friend suggests that the Doctor become a vet instead.

With the help of Polynesia the parrot, Doctor Dolittle swiftly learns the language of the animals so that he can talk to all of his new patients. However, when a message comes from Africa, telling of a terrible sickness among the monkeys there, the Doctor and his animal friends depart on a thrilling and dangerous adventure that they are never likely to forget.

Including the original illustrations by the author himself, this edition contains extra material for young readers including a section on ‘Other Classic Animal Stories’, a test yourself quiz and a glossary

Best known for his Doctor Dolittle books, Hugh Lofting (1886–1947) first had the idea for his unusual country doctor while writing to his children from the front during the First World War. The twelve books that followed are loved by children across the globe.