A celebrated journalist in his lifetime, Ambrose Bierce was the author of sardonic, mischievous definitions of words that appeared in various San Francisco newspapers. Over several years these were compiled for a mock dictionary, originally published in 1906 as The Cynic’s Word Book and reissued in an expanded version as The Devil’s Dictionary in 1911.

One of the most popular satirical works of world literature, The Devil’s Dictionary – here enriched with over 800 definitions left out from the original publications – brilliantly lays bare the hypocrisies of American society and displays a razor-sharp wit to rival that of Bierce’s contemporary Mark Twain.

Ambrose Bierce (1842–1914?) was an American short story writer and journalist. He is probably best known for his story ‘An Occurrence at Owl Creek’, published in 1890. In 1913 he went to Mexico in order to observe the civil war there. Whilst travelling with Pancho Villa’s army in 1914, he vanished without a trace. 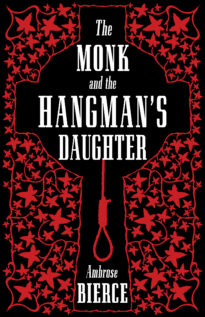 The Monk and the Hangman’s Daughter