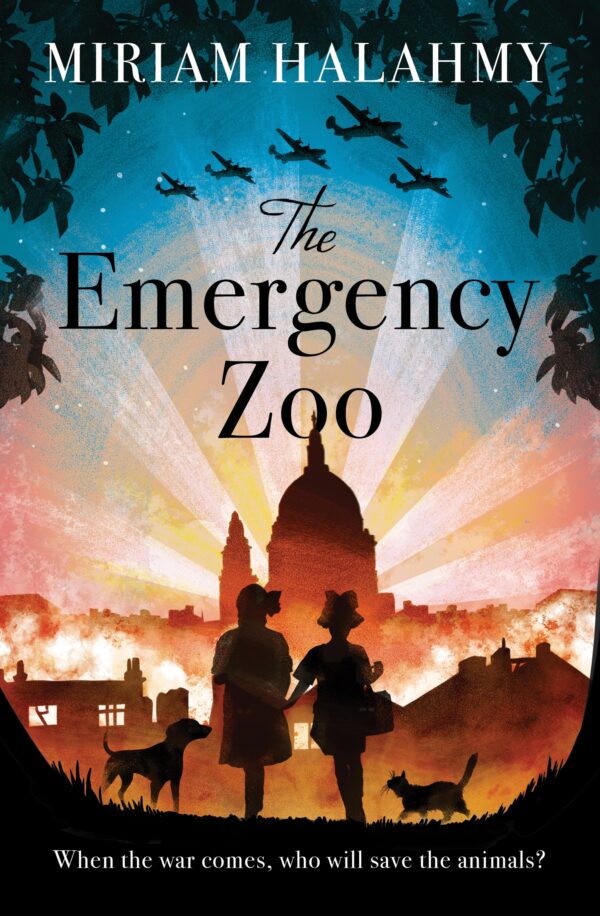 It is late August 1939: Britain is on the brink of war, and preparations are under way to evacuate London’s children to the countryside. When twelve-year-old Tilly and her best friend Rosy find out that they will not be able to take their beloved dog and cat with them – and that, even worse, their pets will, along with countless other animals, be taken to the vet to be put down – they decide to take action. The two girls come up with the idea of hiding them in a derelict hut in the woods and, when other children find out and start bringing their rabbits, guinea pigs and hamsters, their secret den turns into an emergency zoo.

Inspired by real events during the Second World War, Miriam Halahmy’s novel is a touching tale of courage, resourcefulness and camaraderie in desperate times, as well as a stirring defence of animal welfare.

Miriam Halahmy is an author and a poet. She has published four novels and three collections of poetry, as well as short stories and education resources. Her YA novel, Hidden, was a Sunday Times Children’s Book of the Week and nominated for the Carnegie Medal. It has recently been staged in a small Paris theatre.