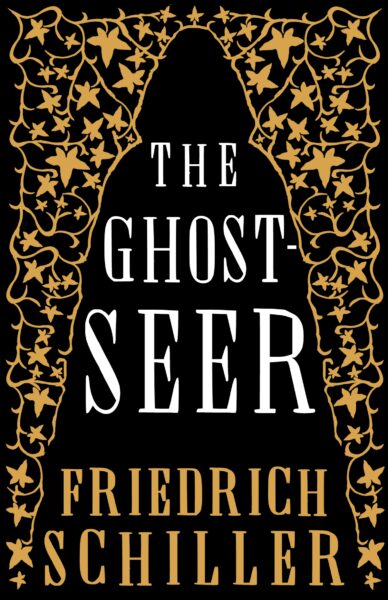 The brooding, introverted Count von O— arrives in Venice during the carnival in order to escape from his duties and live incognito. But after encountering an enigmatic Armenian stranger who makes an uncanny pronouncement, a bizarre chain of events unfolds, involving a Jesuit secret society, a ghostly seance and a mysterious Sicilian magician – leading the Count to question his faith and morality.

First serialized in 1787–89, this multilayered, fragmentary novel – which gave Friedrich Schiller a platform to expound his Enlightenment ideas on society and religion – has thrilled and engaged lovers of Gothic literature for over two centuries.

The German poet, playwright, philosopher and historian Friedrich Schiller (1759–1805) was, along with Goethe, the leading figure of the Weimar Classicism movement, which combined elements of the Enlightenment, Romanticism and Classicism.