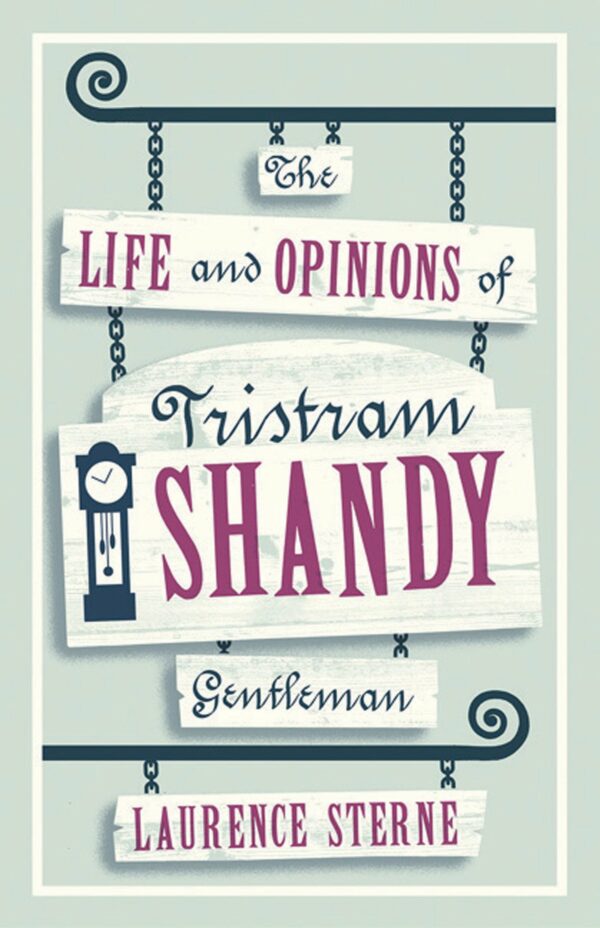 The Life and Opinions of Tristram Shandy, Gentleman

Purporting to be an autobiography of the antihero Tristram Shandy, Laurence Sterne’s novel is a comic masterpiece of digression, egoism and sensationalism, as its hilarious asides, explanations and host of memorable secondary characters – such as Uncle Toby, Dr Slop, Parson Yorick and Widow Wadman – take centre stage, at the expense of the actual life events the book sets out to depict.

A humorous compendium of European thought and literature – pastiching the likes of Locke and Bacon and referencing Pope, Swift, Cervantes and Rabelais – emerges amid the convoluted accounts of Tristram’s conception, misnaming and accidental circumcision by a sash window, in a shrewd narrative that examines the role and nature of language itself.

A very ambitious editorial project which took our team more than a year to bring to perfection. The fresh editorial and typographical approach is of the highest standard, and makes this timeless classic come alive. It’s been newly annotated with a thorough but accessible approach, and is offered at a very reasonable price.

Laurence Sterne (1713–68) was an Irish-born Anglican minister. He is most famous for The Life and Opinions of Tristram Shandy, Gentleman and A Sentimental Journey Through France and Italy.