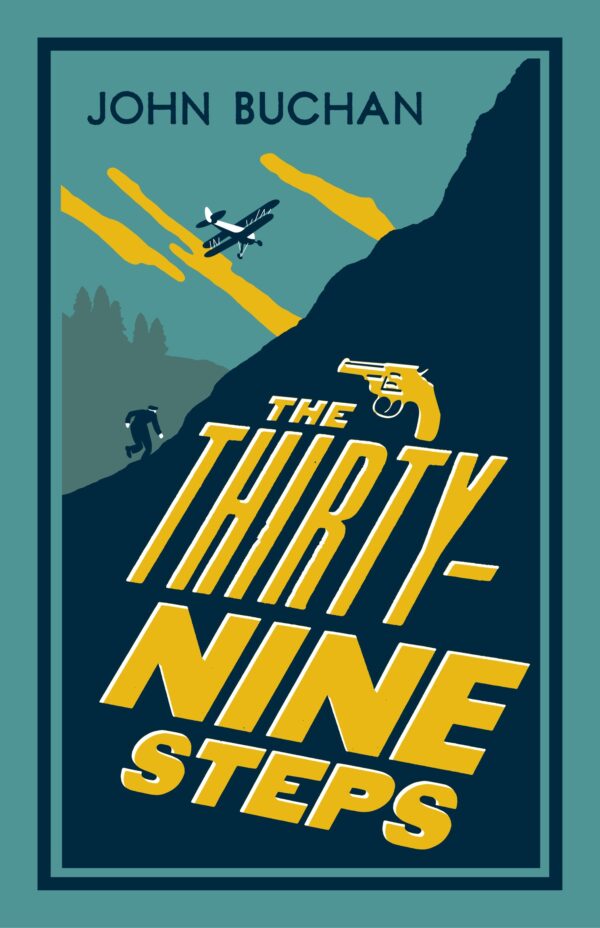 When Richard Hannay finds the corpse of freelance spy Franklin P. Scudder in his London flat, he goes on the run, fearing that his life is in danger. Scudder had previously revealed that he was investigating a ring of German spies, who were conspiring to sabotage Britain’s war capability. Hannay becomes both hunter and hunted as he struggles to unravel the tangled threads of this plot while staying one step ahead of his pursuers, who will stop at nothing to keep their nefarious secrets.

First published in 1915, John Buchan’s definitive spy novel was the first in a long line of espionage thrillers to delve into the underbelly of the British establishment. Over a hundred years later, The Thirty-Nine Steps remains resonant, and the various film, television and theatre adaptations of this classic – most notably Alfred Hitchcock’s 1935 version – are a testament to its capacity to thrill.

Scottish author John Buchan (1875–1940) was both an acclaimed writer of adventure novels and, as the Governor General of Canada, one of the most high-ranking colonial administrators in the British Empire. His political career usually took precedence over his writing, but he still managed to produce several iconic works of spy fiction, including his masterpiece The Thirty-Nine Steps.