HOME > Alma Classics > With the Flow 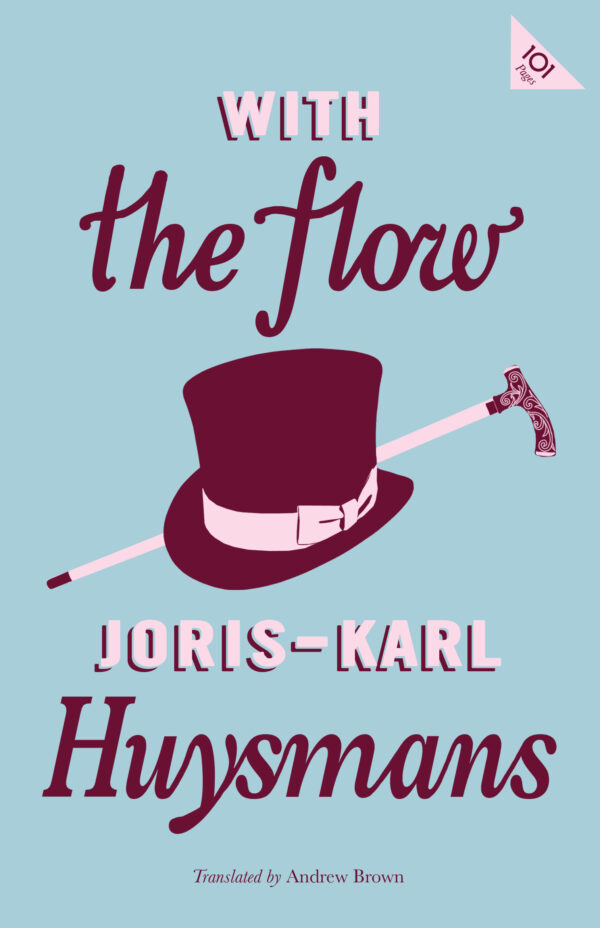 The lowly, downtrodden Paris civil servant Jean Folantin seeks respite from the boredom and isolation of his life in the small joys of food and the occasional embraces of a prostitute. But whatever he does, wherever he turns to in his quest for some pleasure, his dissatisfaction only increases, until he is forced to realize that he has to abandon all hope and just “go with the flow”.

This 1882 novella, a key work in Huysmans’ literary development – prefiguring in its protagonist the figure of Jean des Esseintes, the hero of À rebours, written two years later – is accompanied here by another masterly study of human despair, ‘M. Bougran’s Retirement’.

M. Bougran is an ex-bureaucrat who cannot escape the process (or trial) of bureaucracy. It is as if he has internalized its routines. His work becomes play, but his play becomes an obsession more consuming than any work. His scrupulous care for the letter of the law makes him a writer, but one who can find no Civil Code to tell him what to write. He is the reverse of Bartleby the Scrivener in Melville’s story: Bougran is a Bartleby who prefers to… keep on writing, as so many people do, even when the machinery of writing is no longer capable of doing any useful work. In this short piece, Huysmans created a haunting tale akin to the parables of that other connoisseur of bureaucracy, office life and the inextricable entanglements of the law: Franz Kafka. – From the Introduction by Andrew Brown

Joris-Karl Huysmans (1848–1907) was a central figure of the French decadent movement at the end of the nineteenth century. Today he is best remembered for the novel À rebours (Against Nature or Against the Grain), which had a huge influence on contemporary writers, including Oscar Wilde, as well as on subsequent generations of novelists.