Kyril Zinovieff (sometimes Fitzlyon), born in St Petersburg in 1910, came to Britain with his family in 1920. In the Thirties, he worked in Denmark and Czechoslovkia for the British Foreign Office. During the war, he fought in the Middle East, subsequently joining the Joint Intelligence Board, where he worked for some twenty-five years in the MOD. 1977 saw the publication of his social history of the last years of Imperial Russia: Before the Revolution (with Tatiana Browning). Thereafter, he became a full-time translator (mainly Tolstoy, Turgenev and Dostoevsky) and reviewer of books about Russia. In 2003 his Companion Guide to St Petersburg (with Jenny Hughes) was published to coincide with the tercentenary of that city. His last translation (also with Jenny Hughes) was Tolstoy’s Hadji Murat, published by Alma Classics in 2011 when he was over a hundred and quite blind.

This collection of lesser-known early short fiction – ranging from absurd humorous sketches to psychological dramas and tragic tales – demonstrates Anton Chekhov’s mastery of the genre, with stories about marital infidelity, betrayal, deception and love in its various forms. Although varying in tone… 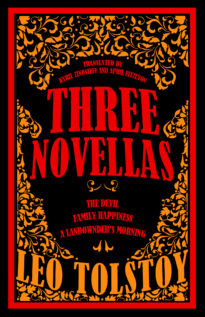 One of Tolstoy’s last published works of fiction, The Devil revolves around the young landowner Yevgeny’s irrepressible lust for Stepanida, a sensual peasant woman. Even when he gets married to a respectable upper-class lady, he finds himself unable to put an end to his encounters with Stepanida, an…

In June 1862, Dostoevsky left Petersburg on his first excursion to Western Europe. Ostensibly making the trip to consult Western specialists about his epilepsy, he also wished to see firsthand the source of the Western ideas he believed were corrupting Russia. Over the course of his journey he visit…

The unnamed narrator of the novel, a former government official, has decided to retire from the world and lead a life of inactivity and contemplation. His fiercely bitter, cynical and witty monologue ranges from general observations and philosophical musings to memorable scenes from his own life, in… 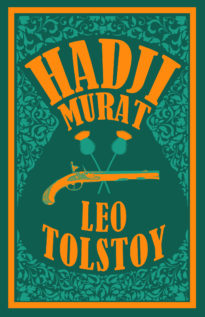 Hadji Murat, one of the most feared and venerated mountain chiefs in the Caucasian struggle against the Russians, defects from the Muslim rebels after feuding with his ruling imam, Shamil. Hoping to protect his family, he joins the Russians, who accept him but never put their trust in him – and so M… 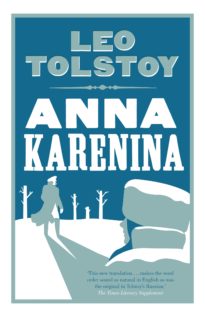 Leo Tolstoy’s most personal novel, Anna Karenina scrutinizes fundamental ethical and theological questions through the tragic story of its eponymous heroine. Anna is desperately pursuing a good, “moral” life, standing for honesty and sincerity. Passion drives her to adultery, and this flies in the f…