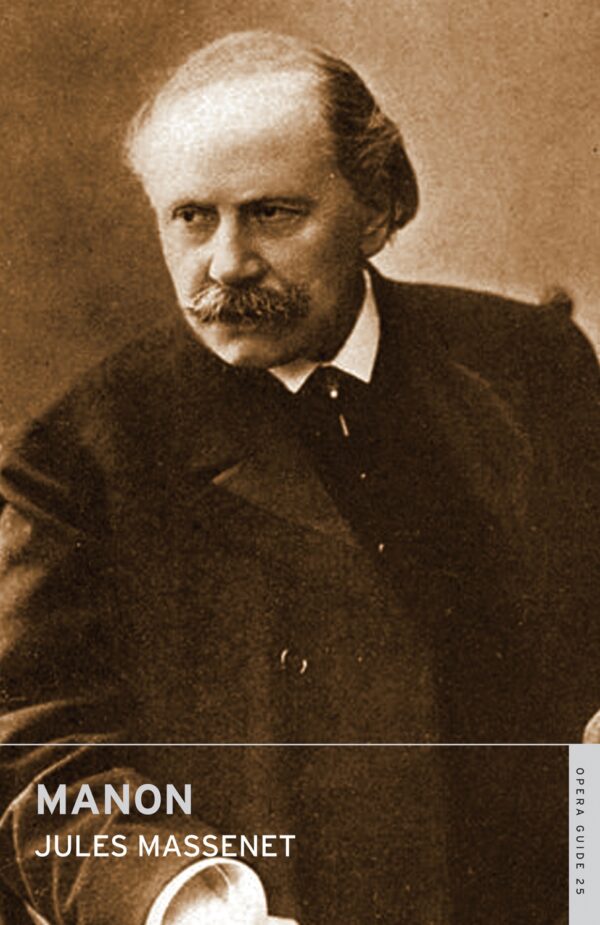 The story of Manon Lescaut has become part of the European imagination: she is the fun-loving woman who is irresistible to men. Of Massenet’s many operas, she inspired the most popular one, and this libretto shows his minute attention to detail in bringing the character and the period to life. This guide opens with a general survey of Massenet’s career by the musicologist Gérard Condé, and includes two essays about this particular opera. Professor Hugh Macdonald explores the interplay of speech and song in Manon and Massenet’s genius for comedy. Professor Vivienne Mylne traces the sources and context of Prévost’s novel.

Ranked as one of the greatest melodists of his era, Jules Émile Frédéric Massenet (1842–1912) was a French composer whose operas fell out of fashion after his death. However, since the mid-1970s, interest has been rekindled.