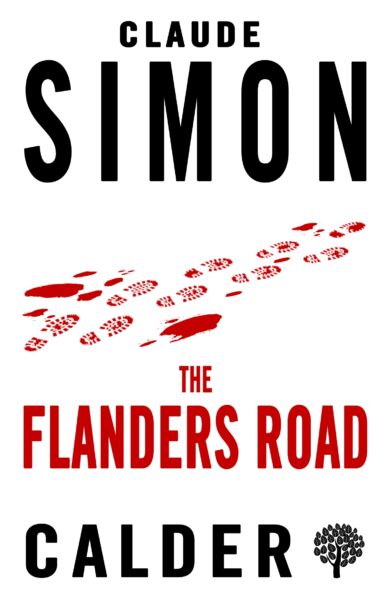 During the German advance through Belgium into France in 1940, Captain de Reixach is shot dead by a sniper. Three witnesses, involved with him during his lifetime in different capacities – a distant relative, an orderly and a jockey who had an affair with his wife – remember him and help the reader piece together the realities behind the man and his death.

A groundbreaking work, for which Claude Simon devised a prose technique mimicking the mind’s fluid thought processes, The Flanders Road is not only a masterpiece of stylistic innovation, but also a haunting portrayal – based on a real-life incident – of the chaos and savagery of war.

Born in Madagascar and raised in France, Claude Simon (1913–2005) became one of the leading figures of the Nouveau Roman movement. He was awarded the Nobel Prize for Literature in 1985.