HOME > Alma Classics > Notes on a Cuff and Other Stories 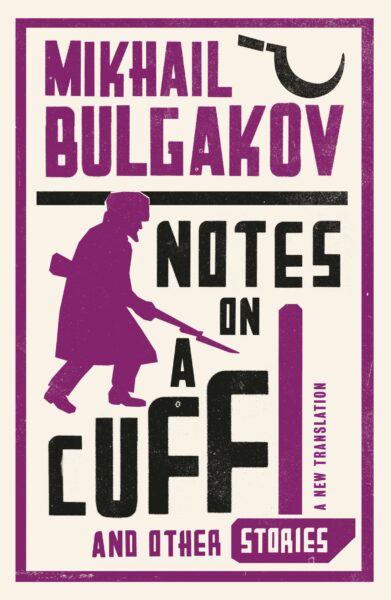 Begun in 1920 while Bulgakov was employed in a hospital in the remote Caucasian outpost of Vladikavkaz, and continued when he started working for a government literary department in Moscow, Notes on a Cuff is a series of journalistic sketches which show the young doctor trying to embark on a literary career among the chaos of war, disease, politics and bureaucracy.

Stylistically brilliant and brimming with humour and literary allusion, Notes on a Cuff is presented here in a new translation, along with a collection of other short pieces by Bulgakov, many of them – such as ‘The Cockroach’ and ‘A Dissolute Man’ – published for the first time in the English language.

Contains: ‘Notes on a Cuff’, ‘The Fire of the Khans’, ‘The Crimson Island’, ‘A Week of Enlightenment’, ‘The Unusual Adventures of a Doctor’, ‘Psalm’, ‘Moonshine Lake’, ‘Makar Devushkin’s Story’, ‘A Scurvy Character’, ‘The Murderer’, ‘The Cockroach’, ‘A Dissolute Man’.