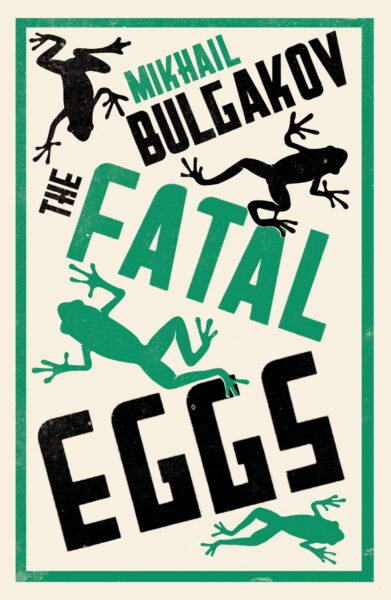 Professor Persikov, an eccentric zoologist, stumbles upon a new light ray that accelerates growth and reproduction rates in living organisms. In the wake of a plague that has decimated the country’s poultry stocks, Persikov’s discovery is exploited as a means to correct the problem. As foreign agents, the state and the Soviet media all seize upon the red ray, matters get out of hand…

Set in 1928 but written four years earlier, during Stalin’s rise to power, The Fatal Eggs is both an early piece of science fiction reminiscent of H.G. Wells and a biting, brilliant satire on the consequences of the abuse of power and knowledge.